Time- lapse from a construction we deliver in FullHD and UltraHD definition.

Time- lapse film may take the form of observing a construction from one perspective or a more advanced form – observation from various observation points (eg changing viewpoints depending on the state of construction progress).

The observation point may be other objects ( in case of a dense urban development), masts ( including detached masts which we have in our offer) and posts. Most of the fims start together with the preparation of land for investments and end with the building put into use.

Pictures in standard version are made every 5 minutes ( there is a possibilility to increase their frequency depending on the specificity of the object being filmed), two last options are pictures every 10 and 15 minutes.
From one observation point we generate monthly more than 5000 pictures from which we choose only these that show visible changes in the construction site, nobody is interested in: sunsets, free days or breaks during a construction.
All of the shots we share on a server to which a client has an access.

The final film is prepared in two versions: full and shortened, a full version is a film which consists of all of the shots- it may last 3 or 10 minutes, a shortened version lasts 2-3 minutes and this version catches the viewer’s attention the most efficiently.

Then, the question may be asked why shots are made every 5 minutes if the client is interested only in the final effect that lasts 2-3 minutes? The stages of a construction does not arise evenly that is, the rising of a building is the most interesting element of a time- lapse film( there can remain 2000- 3000 pictures from a particular month) but we also have a preparatory works which still leave more photos than finishing works (800-250! photos per month), thanks to 5 minutes we can get more possibilities of editing the final film.

Time- lapse films may be an example of an instruction film how to build something and here I will use an example: we implemented a video tutorial at the Saint Gobain glassworks during the modernization of the production line, the film focused on the construction of a new furnace and lasted over 1.5 hours.

Apart of the wide lens we also use narrow-angle lenses and occasionally fish-eye lenses.

The system is constantly monitored in order to minimize the lack of photographs. We use a quadruple recording of photos to protect the creation of a time-lapse movie. 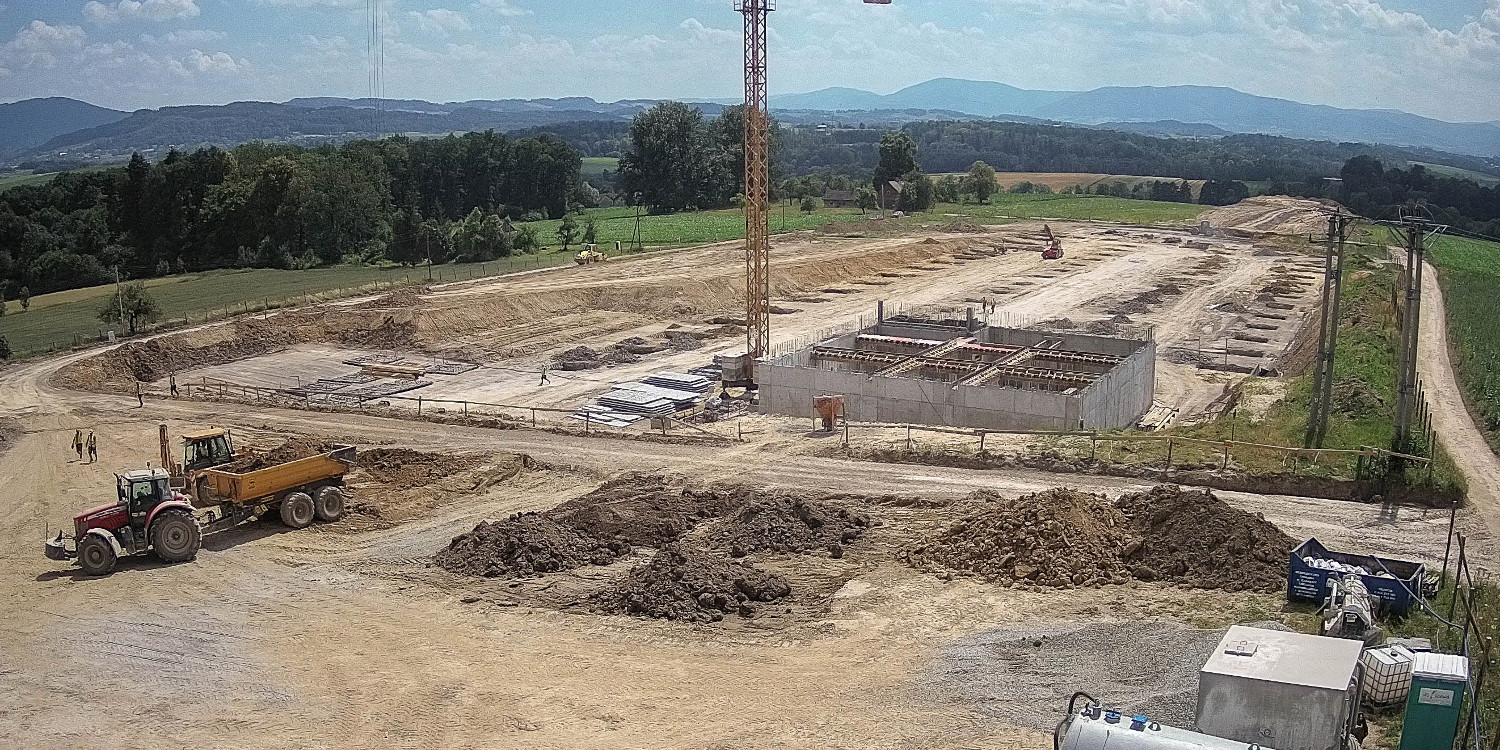